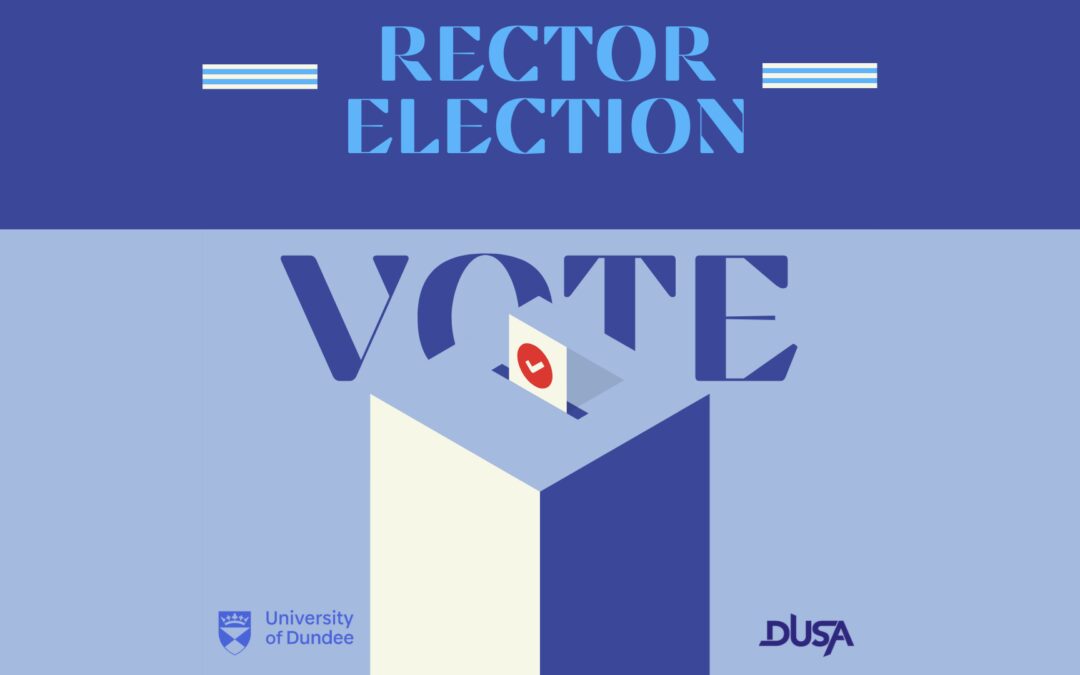 Following the deadline for nominations, we have two candidates to be the next Rector.

At the close of nominations on 10 November 2021 the following valid nominations for Rector were received:

There will now be an election, in which all current students are eligible to vote. We will have more details on that next week, as we are finalising details with DUSA but voting will open on 24 November and the result will be announced on 30 November.

Returning officers for the election are Janice Aitken and Stephen Land.

Voting will be online only at vote.dundee.ac.uk