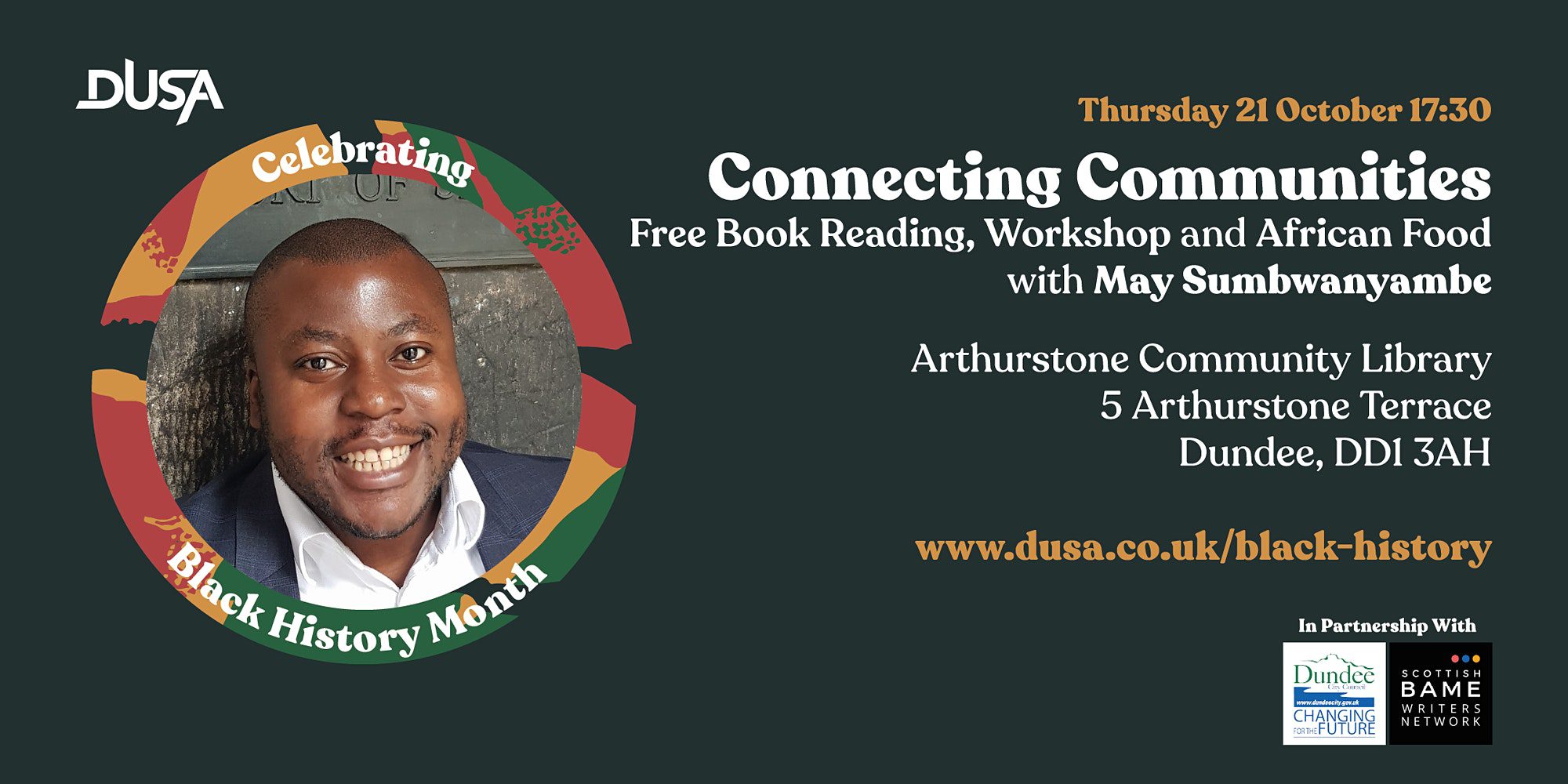 Join May Sumbwanyambe for a book reading, food and workshop exploring our relationship with race as part of UK Black History Month 2021

May Sumbwanyambe is a librettist, radio dramatist, academic and award winning playwright from Edinburgh.

He is currently writing new stage plays for The National Theatre of Scotland and the Citizens theatre, both about the historical visibility of Black peoples in Scotland. He is also developing a new TV Series for Two Rivers Media and the BBC. His last stage play, which the Evening standard called “A notable debut play” and the times called “A debut of astonishing maturity” also saw him described by The Times as “a rare discovery” and The Telegraph as “a writer of terrific potential.”.

Beyond creative writing, May is a lecturer at Northumbria University and is currently writing his PhD, ‘A Practice-Based Investigation into writing Post-Black History Plays’, at University of York

To ensure safety and compliance with the national COVID-19 legislation, please follow the following guidance while at the event:

– wear face coverings when moving around the building,

– sanitise your hands upon entering the building,

– keep 1 metre distance from other attendees.

If, in the unfortunate event, you develop COVID-19 symptoms (high temperature, continuous caught or a loss of smell or taste) or have been asked to self-isolate by NHS Track & Trace, please do not attend the event and seek advice from NHS.