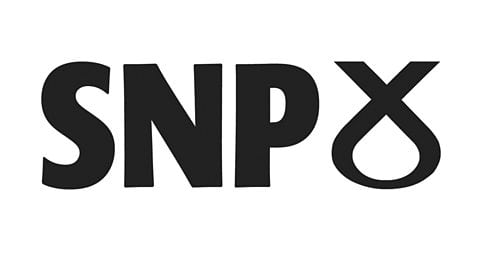 Trains, rain and too much coffee. Sounds like a perfect start to my first visit to a party-political conference or maybe perhaps an average day in Glasgow. The SNP conference is now in its second day here at the SEC and there is a clear buzz in the air as the hundreds of people fill the seats of the main conference hall and the walkways and corridors of the Scottish Events Campus here on the banks of the Clyde.

The exhibition hall was my first stop, where I was greeted with many organisations all trying to have their voices heard and their causes recognised. From Women Against State Pension Inequality to SNP Students and from Action on Hearing Loss Scotland to The Coalfields Regeneration Trust, there was a wealth of groups representing all areas of Scottish society.

Moving into the main hall, I was able to listen to Ian Blackford MP give the opening address of the day, an impassioned speech that did well to set the tone of the day and bolster the mood of those listening. Blackford spoke decisively about the risks created by Brexit, and the subsequent risks created by the handling of the process in the aftermath of the vote. He made particular references to the leaving of the single market, the risk to living standards, the potential immigration benefits that Brexit jeopardises and the looming risk of a devolution crisis. He frequently spoke of Scotland being treated as a “second-class nation” and that the Conservative Party were on their last chance to stand up for Scotland and listen to their concerns. As pointed out by Blackford, Scotland did not vote for the current Tory government, nor did they vote for Brexit. The SNP is adamant to not support a blind, no-deal Brexit or in fact any deal which threatens the economic position of Scotland, Scottish jobs or living standards. Blackford, as the Westminster leader for the SNP, has insisted that SNP MPs will cause destruction to the Tory agenda if they continue to ignore the demands of the Scottish people through their elected representatives. However, he also made a point to mention the policies that SNP MPs are actively working for in addition to working against Brexit. David Lyndon MP is pushing to end discrimination against young people through the minimum wage, an issue I’m sure students will be keen to follow up on. In a similar vein, Stuart MacDonald MP was trying to push for an end to unpaid trial shifts but was talked out by Tory MPs. Alison Thewlis and her work on the “Rape Clause” in addition to work done on increasing protections for victims of domestic abuse and its ties to universal credit were also referenced. All of these policy initiatives received loud support from the audience. However, this couldn’t compare to the standing round of applause received after Ian Blackford categorically stated that Scotland would become an independent country and a country that works for all.

In addition to the main events of the conference, there are also “Fringe Events”. I attended one led by Holyrood Economy Hub, led by Holyrood Communications, on creating an inclusive digital economy in Scotland. Speaking at the event were Kate Forbes MSP and Minister for Public Finance and Digital Economy; Ben Wilson, Director of Public Policy at Mastercard and Svea Miesch, Research and Policy Manager for ScotlandIS. The event was incredibly informative and inclusive, with a Q&A towards the end. Issues raised included expanding digital access to rural communities and businesses; creating opportunities for new mothers to enter/return to the tech industry; encouraging technology skills in children within and out with the classroom and eliminating “not-spots” of coverage for broadband and mobile service. Scotland has huge potential to develop into a global hub for tech services and innovation and what is crucial to achieving this is a skilled and ambitious workforce. Students are being encouraged into modern apprenticeships and graduate schemes, new fast-track development programmes are in place to create skilled workers for Scotland’s fastest growing sector. Dundee, a tech hub within Scotland in its own right, should certainly have its fair share of potential. Could that be you?

All in all, a busy but exciting day to enjoy here in Glasgow. Perhaps not an incorrect assessment for what it feels like being a student in Scotland now in these constantly changing times. As I leave the conference today, I can’t help but wonder what it will be like to attend this in a year’s time. What sort of country will we be living in? A digital hub for the world? A country independent from the EU? An independent country? We’ll just have to wait and see. In the meantime, I would encourage all students, regardless of personal political attitudes and beliefs to get involved in the politics of our country from local up to international level. Change can only happen if we work for it, so if you see something that you believe needs changing, take the initiative and get out there. As Ian Blackford said, Scotland is a country that works for all. If it’s not working for you, go and do something about it.